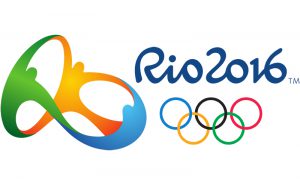 The Games’ motto will be ‘Viva Sua Paixao’, which means ‘Live Your Passion’.
Every stadium, except the Morambi Stadium, will be used prior to the Olympics at the Fifa World Cup from 12 June to 13 July 2014.
The official Rio 2016 Logo is made up of three figures embracing to represent the city’s famous 396m landmark, Sugarloaf Mountain. It depicts the three colours of the Brazilian flag, blue, green and yellow.

Rio Olympic Games 2016: What to expect

The Brazilian Government is investing nearly £11 billion in development ahead of the 2016 Rio Games. As Olympic fever starts to diminish in London, we look ahead at Brazil’s preparations to become the next hosts of the world’s greatest sporting event.

How big is the Olympic park?

The Olympic park, including the Olympic and Paralympic village, will be just over 185 acres in size.
The village will house 17,700 beds in 9,460 bedrooms over 48 buildings, made up of three and four bedroom apartments.

Which events will be held where?

Events will be staged in 34 venues, of which 18 are already operating, nine are new and seven are temporary. They are spread over four districts known as ‘Olympic clusters’: Barra de Tijuva, Copacabana, Deodoro and Maracana. Football games will be held in various stadiums outside the city.

Rio de Janeiro is the very depiction of Brazilian football with all forms of kick abouts taking on its streets, public parks and vast beaches. It comes as no surprise, then, that the city is the birthplace of such world-renowned footballers as Jairzinho, Zico, Ronaldo and Romario, to name but a few.
Four of Brazil’s biggest and most popular clubs are based in the Cidade Maravilhosa: Botafogo, Fluminense, Vasco da Gama and Flamengo, the club with the country’s biggest fan base, of over 30 million aficionados.

Football is like a religion for the cariocas, and its temple is undoubtedly the mythical state-owned Maracana, arguably the most famous and once the largest stadium in the world. Officially named Mario Filho Stadium, after a famous sports journalist, the Maracana was inaugurated shortly before the 1950 FIFA World Cup in Brazil and hosted five of the home country’s six matches in that competition, including the fateful 1-2 loss to Uruguay in the final match of the tournament. The resounding defeat on 16 July 1950 – dubbed Maracanazo by world champions Uruguay – was to be forever remembered as a national disaster in Brazil.